Family & history of the Hoisenbauer

The farm on Unkenberg was first mentioned in a document back in 1529. The Hoisenbauer has been owned by the family since 1651.

At first only run as a farm, the first snack station was opened in 1959. In 1960 the restaurant was expanded, and it became an inn with overnight accommodation.

In 2016, the business was taken over by the current landlords, Waltraud and Wolfgang. In 2020 they decided to close down the public inn and only open the restaurant to hotel guests.

In order to be awarded the title of Erbhof, a farm must have been inherited within the same family for at least 200 years.

The Hoisenbauer Erbhof has fulfilled this criteria for a long time: The farm on the Unkenberg has been family-owned since 1651 under the name of Hoisenbauer.

Query about a holiday

Make a query now
Free of charge and without any obligation 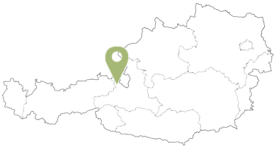